El Salvador had the highest population of all countries in Central America, yet it is also the smallest. Earthquakes, volcanic eruptions, droughts and floods have caused the country major problems affecting its entire infrastructure. These natural disasters have adversely impacted on food supply as well as the quality of water which in consequence has led to poor health.

The economy in El Salvador has benefited hugely from the export of coffee which has been a part of its history for over 100 years. The country experienced rapid growth during the 19th century with the export of coffee providing more than half of the revenue. But following the 1980s civil war coffee production suffered and has still not entirely recovered. The coffee industry is important to El Salvador since their society is reliant on the revenue it produces to improve the infrastructure and provide work for the indigenous populace.

90 per cent of coffee produced in El Salvador is cultivated on plantations in shaded forest areas, with 80% of those areas associated with coffee. Owned my El Salvador’s Menendez family, Finca Las Delicias has been producing high quality coffee for almost 70 years. Their plantations are located in the province of Atiquizaya, where the Cerro Las Ranas extinct volcano provides the perfect cultivation environment on its slopes. Situated more than 2,365 metres above sea level, there is no better soil or microclimate in the world that provides the strong flavour and aroma of golden coffee produced in this area. Cultivated near to the summit of the arable part of the volcano, below the forest the plantation expands over 8 hectares toward the crater and is certified by the Rainforest Alliance certified.

El Salvador Las Delicias is balanced and of premier quality, this roasted coffee is one of the most popular, with its vanilla aroma and chocolate/caramel flavour. Full bodied the cup has raisin, fruity undertones, slightly citrus with a sweet after-taste of milk chocolate. This smooth golden coffee is one of the most enjoyable and popular and a firm favourite that consumers purchase over and over again. 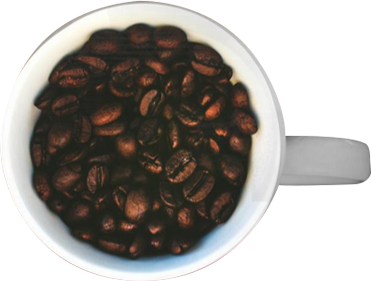